Practice shows that the directions of international migration flows are not permanent. In the first third of the twentieth century, more than half of all emigrants rushed to the United States. The remainder of the migrants were roughly divided among the British dominions (Canada, Australia, New Zealand, South Africa) and Latin American countries (Argentina, Brazil, etc.). After the Second World War, the increase in the scale of migration was accompanied by a significant change in its priority areas. Along with the United States and Canada, migration flows began to be sent to Western Europe, especially the EEC countries. By the 1990s, there were several centers that attract migrants to the greatest degree. One of them is the USA.

The USA is a country of classical immigration that laid the foundation of the modern ethnic and national structure of this country. It was immigrants who traditionally made the greatest contribution to the economic and social development of the state, based on their ideas, the political structure of American society was formed. Immigrants formed a significant part of the natural growth of the US population during, in fact, the XIX-XX centuries. Currently, about 7% of the US population are born abroad. Uneven distribution of immigrants across the country – in seven states 75% of the total number of immigrants (in the first places – California, New York, Texas, Florida), which is mainly due to two factors: the opportunity to find work and a place where friends or family members have already settled (these are the main factors shaping the first links of the migration chain). Currently, immigrants from Mexico, the Philippines, India, Vietnam, China are predominant in the United States. Russia ranks second among the CIS countries after Ukraine (19.7 thousand and 21.1 thousand respectively), with 68% of all immigrants arriving in the US under the “refugee programs”. The United States in every possible way contributes to the influx of a large number of scientists and engineers from Europe, East and South Asia. Willingly accept large businessmen from Cuba and the countries of Latin America. Only four years (1966-1969) in the US officially immigrated 43 thousand engineers and scientists. In the 1980s, in the US labor market, 40% of doctors in engineering and computer disciplines and 25% of technical teachers in higher education institutions were immigrants. In the mid-1990s, more than 11 million immigrants lived in the United States. Thus, the US, most adapted to the absorption of additional labor, transformed labor migration into a “brain drain”, which led to a high contribution made by immigrant specialists in the development of American science, medicine and art.

Western Europe has traditionally been a region in which migration processes are quite active. Countries that host the bulk of immigrants are Germany, France, Great Britain, the Netherlands. Currently, there are approximately 20 million legal migrants and their families in Europe, including 13 million in the European Union. A characteristic feature of the labor market in this region is the specificity of labor demand for each country. In interstate movements, young people usually participate, as a rule, people under 25 years of age. Studies show that the proportion of young people in foreign labor in different periods of time reached in France and the Netherlands more than 40%, in Belgium, about half of the total number of foreign workers.

Germany is the most attractive for the workforce from Eastern Europe, as it has a relatively favorable economic environment, relatively liberal immigration legislation, as well as well-established mechanisms for attracting foreigners to the domestic labor market that have developed in recent decades. Currently, approximately 5 million foreigners live in the Federal Republic of Germany, which is about 7% of the country’s population.

In France there are more than 4 million immigrants, i. about 7% of the country’s population. Most of them (39%) come from Southern Europe, 10% from Western Europe, 27% from North Africa, 12% from “black” Africa. Immigrants from the countries of Eastern and Central Europe and CIS countries make up only 7%. Legislative acts quite strictly regulate the stay of immigrants in France. However, up to 10 thousand people a year are still recruited at the request of firms, organizations, enterprises, as well as municipalities. Underground immigrants make up the lion’s share of the workforce of the shadow economy, whose annual turnover is estimated in France at about 250 billion francs a year, which is comparable to the turnover of an industry such as agriculture. 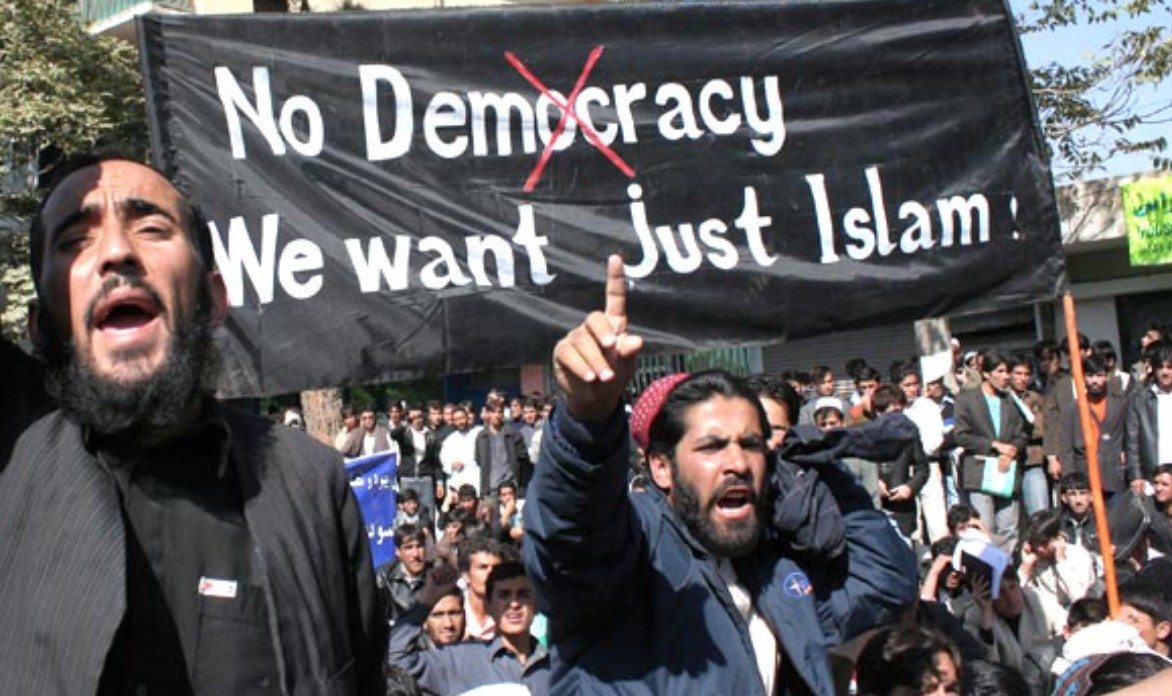 In Western Europe, until recently foreign workers were used in those areas where the share of manual labor (construction, service) is high, and in those industries where work is too dangerous. The share of foreigners in these industries reached 70%. This proves that such enterprises are already “oriented” to the new labor force. Recently, in Western Europe, there have been some changes in the traditional pattern of employment of foreign labor. There has been a significant reduction in the employment of foreigners in the steel industry, metalworking, automotive industry. At the same time, the share of foreign workers has increased in the service sector. Over the past 10 years, the number of immigrants working in trade has increased by 50%, and those engaged in industrial services – by 70%. German giants IBM Deutschland, Digital Eguipment and Simens-Nixdorf have been increasingly attracting highly skilled computer specialists from Russia, Eastern Europe, and India since the early 1990s. Thus, they acquire a highly skilled labor force and save labor costs.

In the 70 years of the twentieth century. the labor market in the region of the oil-producing countries of the Middle East was formed. In the 90 years there were more than 4.5 million migrant workers (while the number of local workers was 2 million people). The share of foreign labor in the total labor force is very significant. In the United Arab Emirates, it is about 97%, in Qatar – 95.6%, in Kuwait – 86.5%, in Saudi Arabia and Bahrain 40%. The main exporters of labor in this region are Egypt, Iraq, Lebanon, Syria, Jordan, Pakistan, India, Bangladesh. The bulk of the workforce comes from India and Pakistan, with whom the residents of the Arabian Gulf coast have traditionally maintained close relations. About 79% of the labor force in the UAE, which is now estimated at about 800 thousand people, are immigrants from the two countries. Indigenous people account for only 10%. The country has about 300 thousand Indians. They are engaged in trade, finance and services, printing, transport and construction. Pakistanis (about 300 thousand people) work mainly on construction sites, transport. They make up the majority among taxi drivers, along with Afghans, Indians and representatives of such Arab countries as Syria, Egypt, Jordan. In the UAE, several tens of thousands of Europeans engaged in private business, representing the interests of foreign firms and agencies engaged in hiring in local companies. Recently there were technical specialists from Russia, CIS countries, Poland.

In the Asia-Pacific region (APR), the classical country of immigration is Australia. Every year, 120-140 thousand immigrants arrive in Australia, most of them with the intention of getting a job. Over the past 40 years, more than 4.5 million immigrants have entered the country, mainly from England, Ireland, Italy, Greece, Yugoslavia, New Zealand. Recently, the flow of settlers from Asia has increased, amounting to one-third of the entire annual quota. The share of foreigners in Australia’s total labor force is 24%. This is higher than the indicator characterizing the presence of immigrants in the total population (22.3%)

Especially it is necessary to say about Japan, which was the center of emigration a century ago. Emigrants from poor rural areas of Japan rushed to the demanding labor force Western Hemisphere. Since the 60’s. XX century, when the rapid growth of the economy began in Japan, the emigration of its citizens ceased. Moreover, the flows of “nikkei” (emigrants) go in the opposite direction. Since the 90’s. Every year, up to 400,000 foreign workers come to Japan. In Japan, about 1 million people live. foreigners, of whom 72% are Koreans, most of them descendants of workers forcibly brought to the Japanese archipelago after the seizure of Korea in 1910. Most immigrants come illegally from the poorest countries in the region. These are the Philippines (37%), Bangladesh (20%), Pakistan (17%). Immigrants, as a rule, are used in the most unprincipled works. Men in construction sites (42%) and small subcontractors (39%), and women in bars and private clubs (80%). In recent years, Japanese companies have been active in recruiting talented young scientists and researchers abroad, including in Russia, CIS countries, Eastern and Central Europe. At the same time, it is not only immigration of this contingent of labor resources to Japan that is practiced, but also the fulfillment of various tasks and the solution of scientific and technical problems at home and in foreign branches of Japanese companies. This is economically justified, because Japanese highly skilled labor is one of the most expensive in the world. 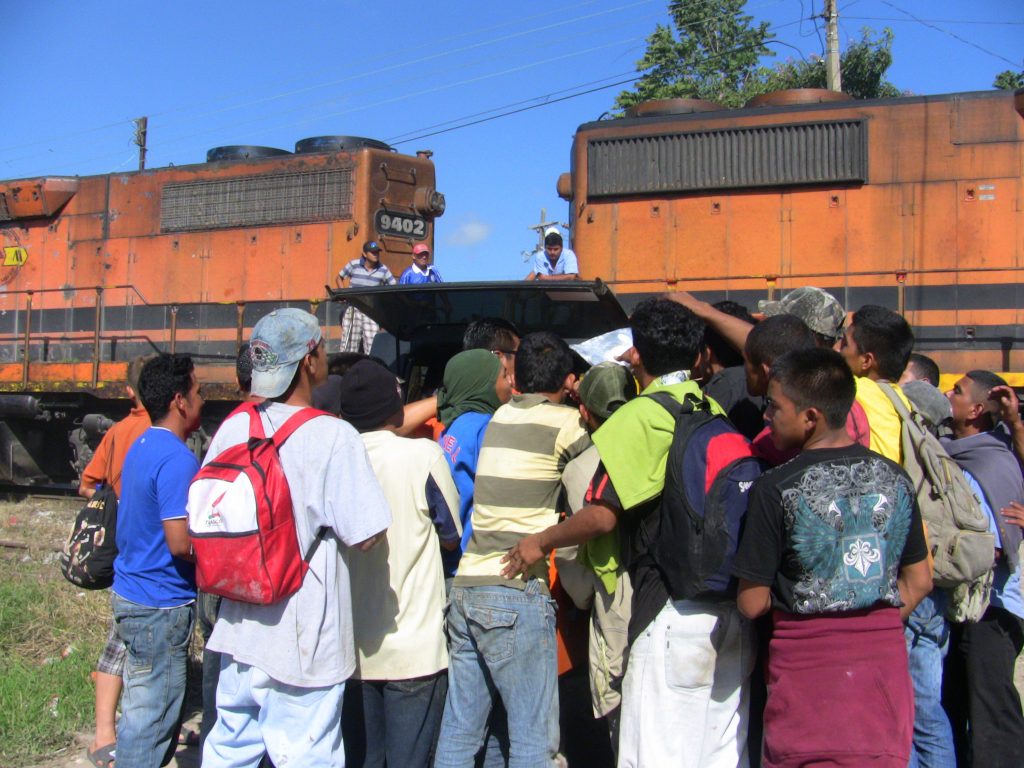 Cross-country labor migration is also taking place in Latin America. Since the second half of the XIX century. the continent is becoming one of the world centers of attraction for immigrants, while encouraging mainly migration from Europe. This trend persisted until the 1960s. XX century. Only for the years 1946-1960. 2 million Europeans moved to Latin America. Since the 60’s. Intercontinental migration is increasingly beginning to be replaced by intracontinental migration. The population migrates mainly to the Amazon basin. This applies to countries located in the Andes: Peru, Bolivia, Ecuador, Colombia. The intra-continental migration of labor in Latin America has become enduring. This is explained by the shortage of land for the majority of peasants and their incomplete employment, as well as high rates of population growth, which is four times higher than in industrially developed countries. Certain flows are sent to Chile and Argentina, which accept certain contingents of labor immigrants. These are, first of all, highly qualified people or narrow specialists (for example, seamen).

In Africa, about 2 million people are involved in intracontinental migration. In general, richer countries accept unskilled workers from neighboring countries. The richest country in the African continent is South Africa. The first immigrants to this country came from Europe in the early 19th century.